With vast streching deserts, hidden ancient cities carved from rock, and stunning coastlines, Jordan is an incredible introduction to the Middle East! Explore the Lost City of Petra, float in the Dead Sea, one of the world's lowest points, and grab a bargain in Amman's colourful souks.

Jordan has a wide variety of different environments to explore, ranging from ancient ruins, like the preserved ruins of Jerash, to one of the world's oldest coastal resorts in Aqaba. There's plenty to do in Jordan too- camp under the stars in the middle of the Wadi Rum, uncover the famous 'Lost City' of Petra, and float in the Dead Sea.

Safe, friendly and rapidly modernising, Jordan is a great place for students to travel. From the bustling modern city of Amman, filled with amazing cafes and restaurants, to the ancient ruins and cities in the surrounding countryside, Jordan's culture and people are steeped in history! 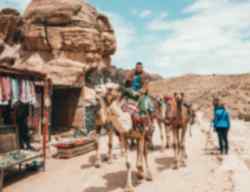 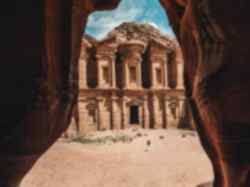 Spend 8 days exploring the wonders of Jordan on this dazzling group tour, with the option to add on 2 days in Israel. ...more

Spend 8 days exploring the wonders of Jordan on this dazzling group tour, with the option to add on 2 days in Israel. ...more